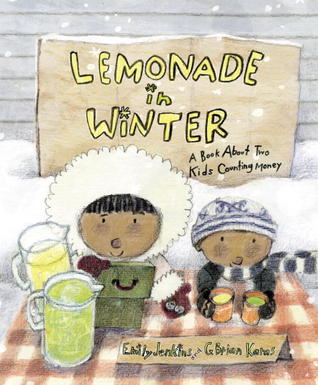 In Lemonade in Winter, Pauline and John-John's lemonade stand doesn't yield the results they expected (selling tons of lemonade and making lots of money!), but they have fun anyway and learn that there's more than one definition of success!

You don't always succeed exactly the way you want or expect to, and that's OK! With any new adventure, there can be unexpected outcomes. Did you know, for example, that both Silly Putty and the Slinky were invented by accident? Their inventors tried to make one thing and ended up making something completely different instead.

An adult may need to help kid's hands stay in the right row and column until their hands meet at the correct cell.

Build a story with a team and see how it changes with each person's contribution. With more than one person adding to the story, it will almost certainly take unexpected turns. Here's how it works:

Use the story grids to choose a character, a situation, and a nearby object to build your story around. Pick a number between 1 and 5 and a letter between A and E, then go to the location on the grid that corresponds to that combination of number and letter. For example, if you picked 3 and D, you would go down to the 3rd row and move right until you hit the D column. You can use the same number and letter with each story grid, or pick a new number and letter for each grid.

After the character, situation, and nearby object are selected, you can start building your story. Have one brave team member start the story by creating the very first sentence of the story. Then, go around the room and ask each person to add another sentence (or two) to the story. Go around as many times as you want!

Here's an example story our team created after we picked 3B: flying squirrel, 2A: monster's birthday party, and 4E: braille book:

Person 1: Tony found a braille book by the side of the road.
Person 2: It was called "How to Make a Monster Smile."
Person 3: It had 10 ideas for a monster birthday party.
Person 4: Idea number 1 was, "Never, EVER invite a flying squirrel."
Person 5: Because they will swoop in and eat all the cake!

This activity was created by Kesel Wilson for Great Expectations. 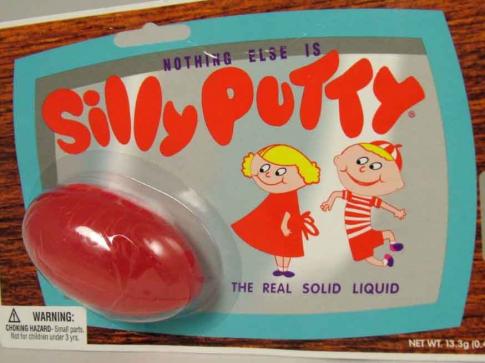 Detours, surprise endings, and unexpected outcomes can sometimes lead to great things. Two very fun and popular toys were even invented by accident!

Silly Putty was created by chemist James Wright during the Second World War. He was trying to make rubber and ended up making this "goofy goo" instead.

The Slinky was created by mechanical engineer Richard James in 1943. He was trying to make springs to keep equipment steady at sea and ended up making a toy that can walk down stairs on its own! 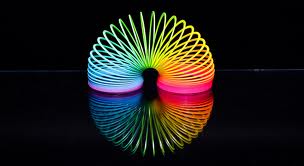 Write a short story using one of the sentences below as the first line of the story. Find a classmate who used the same sentence and compare your story to theirs. How are the stories the same? How are they different?

Lemons are one of the most versatile fruits in the world. Their juice can be used to make everything from delicious lemonade to beautifully scented candles to invisible ink. Are there other items in your house that can be used in more than one way? Can you think of new uses for these common household items?