Tips from a Blind Actor

One of the most difficult things about performing if you're blind is finding your way around the stage safely and confidently.

George Ashiotis, who started losing his vision due to retinitis pigmentosa at age 5 and is now completely blind, shares tips that he has used in his work as a professional theater and film actor.

If you are a blind actor playing a sighted character, these tips will give you the confidence to move with grace and ease on stage.

Tip 1: Memorize Where Everything on the Stage Is Placed

Let's set the scene: You are waiting in the Stage Left wing and your cue to go on is your fellow actor saying "goodbye" and hanging up the phone. You know you have to cross to Center Stage where the couch is and sit down. "Goodbye" is your cue to enter and the Stage Left entrance onto the stage is on the same level as the couch, so all you have to do is walk a straight line to reach the couch.

If you can walk a straight line without veering left or right from your entrance point you've got it made. But, nah, that's too easy — you can't depend on that always happening. Instead, memorize where everything on the stage is so you can use the placement of these things to assist you.

Say there is a carpet that is placed right in front or "Downstage" of the couch. Ah ha! Now we know where we are and can first find where the couch begins with our Upstage leg and then even take a small step or two with that same leg slightly touching the front of the couch and plop down.

Don't forget to check the stage before the play begins to ensure that everything is in place the way you remember it!

Tip 2: Moving with Ease on Stage

Let's set the scene: The director has asked you to move around while talking on the phone. Don't worry — you've got this! Remembering where the desk is, you have walked a couple of steps to the right of the couch to find the ringing phone. Now, let's take a little walk and talk. You know where the couch is but instead of retracing your steps to the front of the couch, let's do something a little different. Take a side step or two to the left so that when you start walking you will wind up at the Upstage end of the couch — no this couch is not up against a wall so you can walk completely around it!

Using the back of the couch as a guide you can walk back and forth the length of the couch and even stop once in a while and momentarily rest your hand on the back. When you're done with your conversation, you can go back to the desk from the Upstage side of the couch. When you reach the desk you say "goodbye" to whomever you're talking to and hang up.

You may need to ask the stage manager, who's handy with tools, to help you orient yourself on stage by creating a long piece of half-round molding that can be affixed to the stage floor to help you know where certain set pieces are located. The stage manager will paint it the same color as the floor so no one can see that it's there. Only you will know and you can then use your feet like they were your hands and feel for the molding and it will guide you to where you need to be.

It is time for you to come Downstage Center and take a well-deserved bow.

A Message from George Ashiotis

My name is George Ashiotis and I am a blind actor. Do you ever wonder what it takes to be an actor? How one can read lines and transform themselves into both beloved and unfamiliar characters? How do blind people enjoy movies and the theater? With audio description, more and more blind people can experience movies and plays. BUT, not only can we watch them, we can also star in them!

From an early age, I loved to entertain. I was often found singing and performing in talent shows I hosted in my Astoria, Queens neighborhood. It was clear to me as I got older that my passion wasn't fading, and that a career in acting had chosen me, rather than my choosing it.

I began to lose my vision when I was five years old from retinitis pigmentosa. When I learned braille as a teen, it was liberating! For the first time, I was able to read a script and interpret the character in my own voice. Braille allows me to use my own imagination and creativity to become whoever I wanted to be on stage.

Good luck to all you budding actors out there — I hope you follow your dreams!

This activity was created by George Ashiotis for Great Expectations.

Questions to Ask Yourself About Your Character

How do you make the character you are playing come to life? Ask yourself these questions: 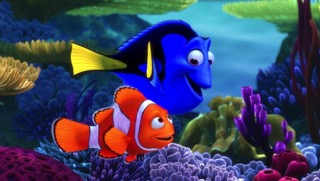 Every Pixar movie is now available with mobile audio description from Disney! Learn how to use this exciting app.

Read About George's Performance in "Oedipus"

Read a review of the play, "Oedipus," performed by George Ashiotis and the Theater by the Blind (now named Theater Breaking Through Barriers). 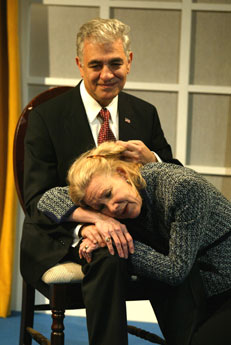 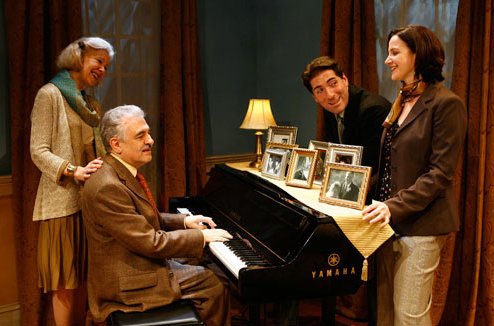 George Ashiotis and company in A. R. Gurney's "The Cocktail Hour" in 2008

"Theater by the Blind" is now called Theater Breaking Through Barriers. TBTB is the only Off-Broadway theater, and one of the few professional theaters in the country, dedicated to advancing actors and writers with disabilities and changing the image of people with disabilities from dependence to independence. Over 37 years ago, the theater group started as Theater by the Blind, integrating able-bodied, low vision, and blind actors and writers. In 2008 they expanded their mission to include artists with all physical disabilities.

Read much more about TBTB here. 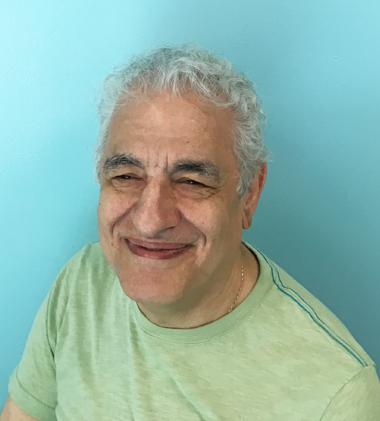