In this video, Mark Riccobono, who is blind and President of the National Federation of the Blind, spends some quality time with his son, Austin, who is sighted. Together they share a common LEGO language they developed that enables them to build anything they want — together!

Watch how it's done!

I have had many experiences building with LEGOs, both as a child and now as a parent of three beautiful children. So I was shocked to discover that a group of blind students attending a National Federation of the Blind Science program had never been given the experience of building with LEGOs! These were bright students working on some pretty complex science projects, and yet, the patterns of building were completely a mystery to them.

LEGOs are a good example of the visual bias that creates low expectations for blind people. Perfectly matching the colors of the LEGO bricks, or following visually based directions, should not be the determining factor in becoming a master builder. The ability to discover patterns, the opportunity to imagine and build through hands-on exploration, and the development of effective communication skills are far more important skills than following simplified visual instructions.

I encourage you to join me in creating a new LEGO revolution for the blind. To quote the great builders from the LEGO movie, "Everything is awesome when you are part of a team."


This activity was created by Mark, Austin, and Melissa Riccobono for Great Expectations. 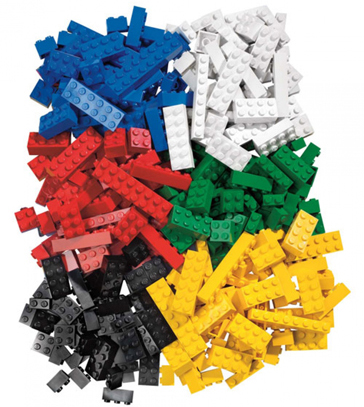 A standard LEGO brick is two studs by four studs. We refer to it as a 2 by 4.

A single stud brick we call a washing machine because it sort of looks like a front-loading washer.

The important thing is to develop a commonly understood language that lets you build quickly as a team.

Check out this chart of terms used by LEGO families: "Hand me a clippy piece, please!"

This is the house that Mark and Austin built! 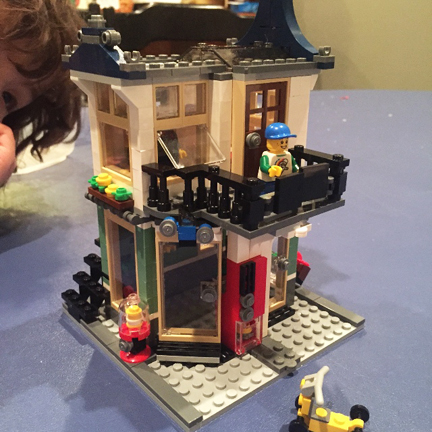 "If there weren't LEGOs, the world would be very boring." — Austin Riccobono, age 9

A Braille Printer Made from LEGOs 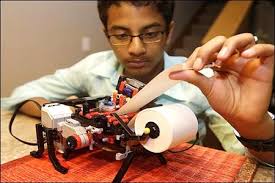 Check out this 13-year-old who built a braille printer out of LEGOs!